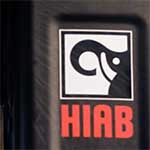 HIAB: OUT FRONT FOR 75 YEARS

This year, HIAB celebrates 75 years of innovative ideas and technologies that have transformed the way businesses and industry lift, load, and deliver goods – over and over again.

In 1944, HIAB revolutionized the load handling industry with the introduction of the first hydraulic truck-mounted crane.

In 1949, they patented the world’s first cable-operated demountable load handling system – the precursor to Multilift hooklifts.

In the 60s and 70s, HIAB introduced the first knuckle-boom crane, enabling more load capacity, and a hexagonal boom system to boost payload with a lightweight, sturdy crane.

In 1986, they simplified materials handling with the first all-wheel drive Moffett truck-mounted forklift. Conveniently attached to the back of most any truck or trailer, it could be mounted and dismounted by one person in under a minute, and made deliveries faster, easier, and more cost efficient. Saving load space also meant businesses could carry more and deliver more. The 80s and 90s also saw the development of Multillift’s ‘Z’ hooklifts to enable greater performance with more flexibility, and the debut of the electronic SPACE intelligence system to assist operators in steering their HIAB cranes.

Since 2000, HIAB has embraced the technological age to pioneer high-tech innovations that boost customers’ bottom lines along with performance, durability, reliability, safety, and sustainability, saving on operation costs and environmental impact. These include patented features like Moffett GroundMount®, that increases safety and control when dismounting truck-mounted forklifts. And Crane-Tip Control™ (CTC) for truck-mounted cranes. A revolutionary system that makes it possible for a single lever to perform motions that used to require simultaneous control of three operations.

As a result, even new operators can steer the HIAB with the precision of an experienced pro. And camera-guided HiVision®’s control for Multilift hooklifts, a host of other groundbreaking features, and accessories, plus a range of models built to make any business perform and profit today and for the long-term.

Every day, from the forests of Sweden and Japan, to huge retail chains across England, the tough terrain and mountain roads of Austria, the deserts of Israel, and all across Canada, the US, North and South America, customers from all over the world have been relying on HIAB truck-mounted cranes, Moffett truck-mounted forklifts, and Multilift hooklifts to get the job done. You’ll find them in a diverse range of industries, from material logistics to construction, gas bottle distribution, food and beverage, agriculture, farming, mining, landscaping, to fire and rescue services and utilities. They’re designed to withstand the environments they work in, safely and efficiently, while providing value, reliability, and long life. And it’s made HIAB the world’s leading provider of on-road handling equipment, intelligent services and smart, connected materials handling solutions.

Congratulations HIAB! We look forward to partnering with you for the next 75 years.